World Tipping Etiquette
Your Guide To Tipping Around The World

World tipping etiquette varies greatly around the world. Tipping in North America is very different from tipping in Europe or tipping in Asia

Tipping etiquette around the world varies greatly. Tipping used to be unheard of in many countries. Increased international tourist trade has resulted in tipping getting more widely accepted and even expected - especially when tourists are involved.

There is no one rule you can use for tipping where ever you are in the world. Tips are though in most cases appreciated so you could assume it's better to tip than not. It is though important to be sensitive toward local tipping customs.

Excessive tipping can cause offence and raise the prices - and could even make the destination less desirable for tourist trade in the long run.

There are some similarities between neighboring countries that can be good to know of but you should always consult your travel guide for exact details about the country you are visiting. If you are travelling in a group, your guide should be able to advice you about the local tipping etiquette.

North America is the home of tipping and the Americans are generally considered the “best” tippers when travelling abroad. Tipping is integrated into the American culture and the general rule is... anytime you are being served you tip. 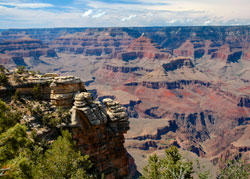 This means that there are many jobs that are tipped in the US, not only waiters and waitresses. Also bartenders, hotel porters, taxi drivers, bathroom attendants, hairstylists, delivery people, etc.

Not tipping in North America is considered rude and offensive so you should always do as the locals do.

In restaurants the average tip is 18%, which means that most people tip at least 15% and up to 20-25% for excellent service. You should always check your bill before leaving a tip as sometimes the service charge (the tip) has already been added. This is especially common when groups are involved.

Nb. you are not expected to leave a tip in take away food places, only when served at your table.

The tipping culture in Canada is similar to that in the United States but the amounts tend to be somewhat lower due to higher minimum wages and lower employee cost.

Tipping is not as much part of the culture in South America. In most South American countries 10-15% service charge is usually added to restaurant bills, though small additional gratuity given directly to the waiter is usually appreciated. 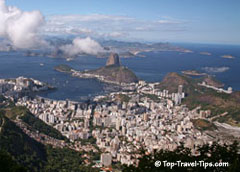 Always check your bill before tipping in South America - if service charge is not included then 10% tip is considered adequate in most countries.

In the big international cities, like Buenos Aires - up to 15% tip can though be expected.

When tipping in South America it is good to know that a tip is propina in Spanish, gorjeta in Portuguese.

Tipping in Europe is not as widespread or generous as it is in the US. Tip is though usually appreciated though not required. The service part is often included in the price and you are then not expected to tip on top of the price.

The best guideline for tipping in Europe is maybe in the price you are paying.

The service is often included in the more expensive countries in Europe.

In general tipping is not a custom in the Scandinavian countries while rounding up is common in many northern European countries, i.e. Germany.

Tipping etiquette in European restaurants varies from country to country but tipping is considered more as small “bonus” than salaries. If service charge is not included then service fee between 5-10% is usually considered adequate.

Restaurants in Europe often state on the bill if the service is included or not. If they don't say anything about it then you can usually assume that the service has been included.

If the service is included then you are not expected to tip but in some countries people tend to round the amount up if they are pleased with the service. By rounding up the customer pays the next convenient whole number.

Tipping in Europe for other services, like taxis, tour guides, hotel porters, maids is again usually not required (as the service assumed included in the price) but small gestures can still be appreciated.

Many people travel to Africa in groups and tip according to their travel agent guidelines. Like if you are on a safari tour, your travel agent will advice about how much you are expected to tip your guide, driver and other staff at the lodge you are staying. 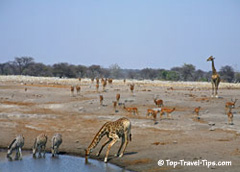 If travelling on your own it's always more complicated. Africa is a big continent and the tipping customs do vary somewhat from one country to another.

In restaurants service charge can be included but if not then 10-15% tip is usually considered acceptable when tipping in Africa. As always, you should check your bill before adding gratitude's.

Most people in Africa are poor by Western standards. It though does not mean you are advised to “throw” your money around. If you want to help the local communities - and we hope you do... it might be better to do it with a donations to local charities. Actually we strongly recommend doing that anyway.

In Middle East the tipping culture is often complex and subtle is the key word. You might give more frequently in this part of the world, but the amounts tend to be smaller.

Most Asian countries have not been used to tipping but the attitude has been changing, especially towards tourists. In some countries tip is seen as a token of appreciation and happily accepted while in other countries tipping is considered awkward or even insulting. 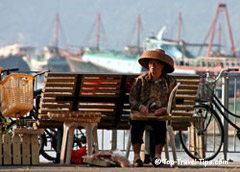 Tipping is especially frowned upon in Japan but in India service charge is usually included in your bill.

In China it is generally not expected and some establishments have strictly no tipping policy.

Tipping in Asia tends to be more expected in “western” establishments, like restaurants serving western food and international hotel chains.

It is not customary to leave tips of any kind in Australia and New Zealand.

Your host is though unlikely to be offended if you do leave a tip - but why break the local custom?

Tipping Top Tips - This article covers tipping top tips that are relevant where ever you are in the world. Tip on credit card, tipping calculator, what to do if service charge is included and more.